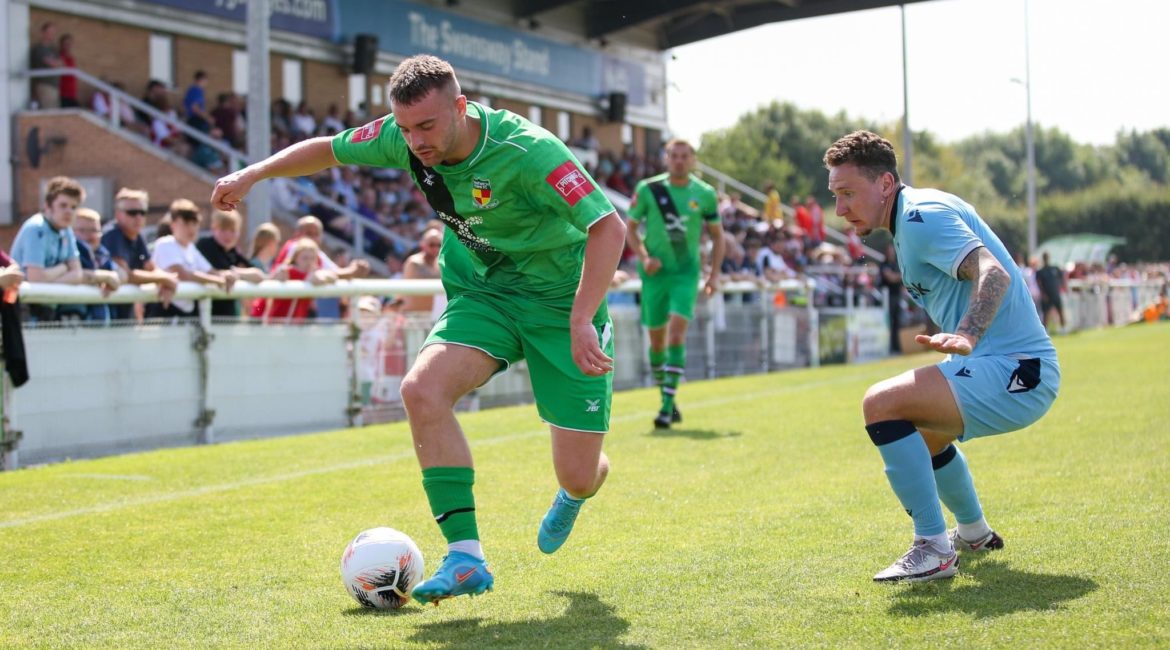 Joe Robbins began his career at Crewe Alexandra and made his first team debut in October 2021 in the EFL Trophy against Wolves where he scored in a 3-0 victory.

Robbins joins the Dabbers following a successful loan spell at the club last season where he made 21 appearances, scoring 3 goals. All of which came in a memorable 5-1 victory at Stalybridge Celtic. You can watching the highlights of that game, here: https://youtu.be/HRYRHTijIac

Robbins has been very impressive over the course of pre-season where he has put in some excellent performances in the heart of midfield.

We’re very much looking forward to seeing Joe back in a Dabbers shirt!